Things to Do in Boracay – Best Tourist Spots 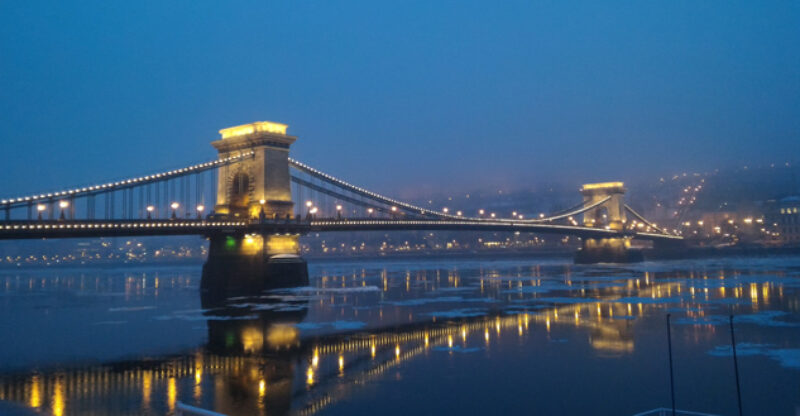 Budapest, the capital of Hungary, is one of the most visited cities in Central Europe. Millions of people travel to this beautiful city every year. It is an amazing city with its history, unique city architecture, nightlife, the Danube River, and many other things. When you look at the list of things to do in Budapest, you will understand why it is loved. They also call this city ‘Paris of the East’ and ‘The Pearl of the Danube’.  Let’s start the article about the places to visit in Budapest. 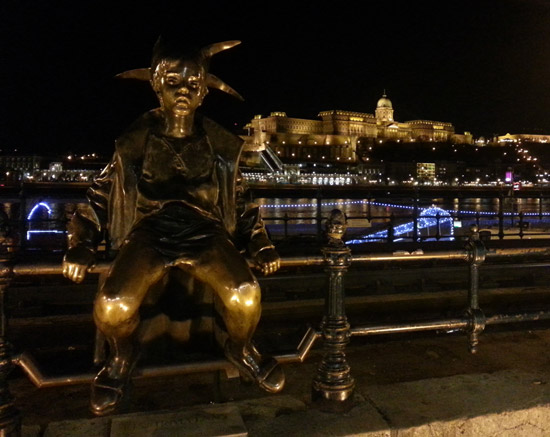 Best things to do in Budapest – The view of Buda Castle

Things to Do in Budapest

There are many must-see places on both sides of the Danube River. On the Buda side; Tourist places such as Buda Castle, Fisherman’s Bastion, Gellert Hill, Matthias Church are on the top in the list. In Pest, Parliament Building, Heroes’ Square, St. Stephen’s Basilica, shoes on the Danube Bank, Andrassy Boulevard, Dohany Street Synagogue, Szechenyi Thermal Bath and Vaci Utca Street for shopping are among the places to visit.

Chain Bridge and Margaret Island are other places you might visit on the Danube River. To mention the Danube River, it is the second-longest river in Europe, after the Volga River. It is a very important river for many European countries.

One of the most important issues is transportation from Budapest airport to the city center. You can reach the city center easily and cheaply by bus and metro. First of all, you get on the bus 200E from the airport. After that, you get off at Kobanya-Kispest Metro Station. It’s the last stop of that bus line. You can easily get anywhere by taking the metro from Kobanya-Kispest Metro Station. Depending on your destination, you may need to transfer to another metro line. The subway map below will help you with this.

You can travel around the city using the metro, bus or tram. Although I like to walk, I visit tourist places on foot despite the snowy and cold weather. Because I think walking is a good way to discover a new city.

Now it is up to you how to travel in the city. The tourist attractions map of Budapest will give you an idea about this. Because tourist spots to see are not far from each other.

Best places to visit in Budapest

Hungary is one of the most beautiful countries in Central Europe. Because the capital city of Hungary is home to many historical and tourist places. In the list I prepared below, you will find detailed information about the 15 most beautiful attractions in the city. If you want to travel or visit Budapest, you should definitely see those destinations.

Budapest Parliament Building, which has one of the most beautiful views of the world on the Pest side of the Danube River. The building is also among the largest parliament buildings in Europe and the World. Its construction took 17 years. Finally, It was opened in 1902. The building, which is an example of Neo-Gothic architecture, is 268 meters long and 118 meters wide. So it is a really big and magnificent structure. 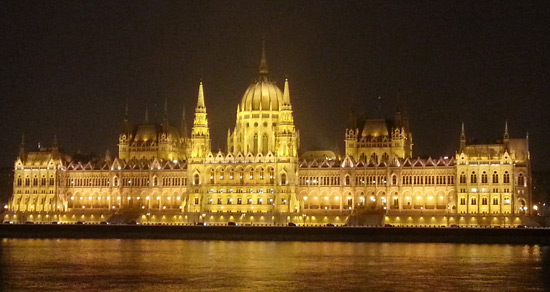 An interesting feature of the Parliament Building is that it is the tallest building in Budapest, although it does not seem too high. Actually, It has the same height as the Basilica of Stefan. This meant that it symbolized the balance between religion and state affairs.

You can tour a few parts of this huge building with 691 rooms with 233 sculptures. Apart from that, if you look towards Pest from Buda, you will see a legendary view of the building, especially from Buda Castle and the Fisherman’s Bastion. It is one of the most beautiful places to take photos. Especially at night when lights up.

How to get to the Parliament Building, which is on the list of things to do in Budapest? You can get there by getting off at the Kossuth Lajos ter (Kossuth Square) station of the M2 metro line or at the Orszaghaz stop of the tram line 2. Parliament Building entrance fee is 6400 HUF for adults.

Buda Castle is one of the magnificent structures on the list of places to visit in Budapest. It was built in 1265. In the 1700s, renovations were made again and Baroque architecture became more prominent. The Buda Castle, also known as the Royal Palace, was named Budin Castle when the Ottoman-ruled here.

Buda Castle has a beautiful city view. The Danube River and Pest side are in front of you with all their beauty. Buda Castle is also home to the Hungarian National Gallery and the Budapest History Museum. In the castle area, some festivals such as Beer festivals and wine festivals are organized.

You can reach the castle easily. After passing the Chain Bridge, you will see the funicular stop. You can use the funicular or ride no 16 bus. Walking is another option.

Check my other post: Places to visit in Moscow.

Chain Bridge is the symbol of Hungary’s capital city. It was built in the 19th century. That makes it the oldest bridge in the city. So it is on the UNESCO World Heritage List. The bridge also is one of the most beautiful suspension bridges. Especially the lion statues at the entrance of the Chain Bridge are amazing. Chain Bridge is also known as Lion Bridge.

I definitely recommend you to walk on the bridge from one side to the other. Because It is really enjoyable to walk on the Danube River with the perfect city view. 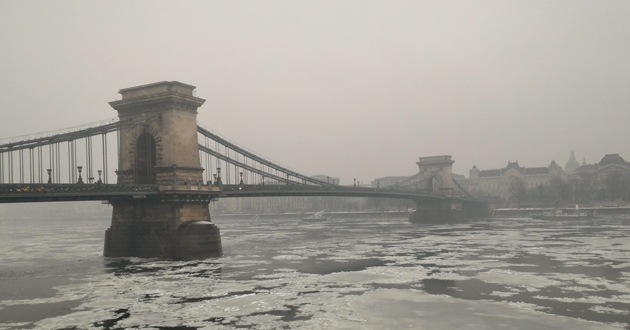 Chain Bridge – One of the beautiful suspension bridges in the World

Gellert Hill is the highest point of the list of places to visit in Budapest. Here you will witness the unique city view. To mention the history of the hill briefly, between 1850-1854, the Harsburgs built the castle on this hill to control the city.

Citadella, the Statue of Liberty on Gellert Hill, symbolizes the liberation of the city from Nazi occupation. The monument was built in 1947.

The hill named after Gellert Sagredo. He is the bishop that caused the Hungarians who were originally Pagan to switch to Christianity. Gellert Hill also includes the Gellert Monument. This monument can be seen from most parts of the city. 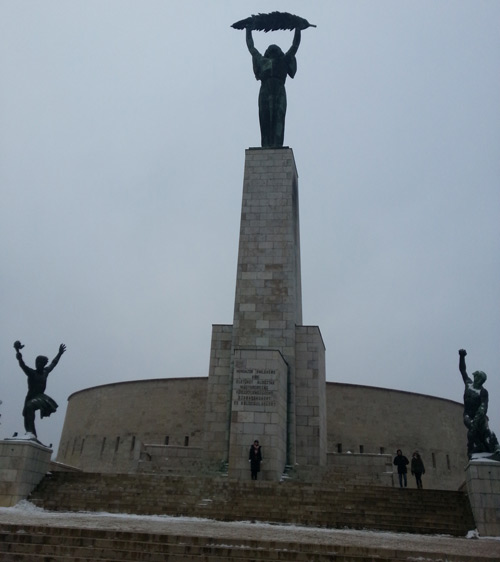 Gellert Hill – Budapest Travel Guide – Things to do in the city

Fisherman’s Bastion offers its visitors a unique view of the city. Fisherman’s Bastion was opened in 1902 after 7 years of construction. It looks like a castle. Also, it is similar to the logos of Walt Disney movies. The reason why they call it Fisherman’s Bastion is that memory of that the fishermen, who lived around here, helped the country during wars and invasions.

Entry to the Fisherman’s Bastion is free. It is also so close to Buda Castle and Matthias Church. 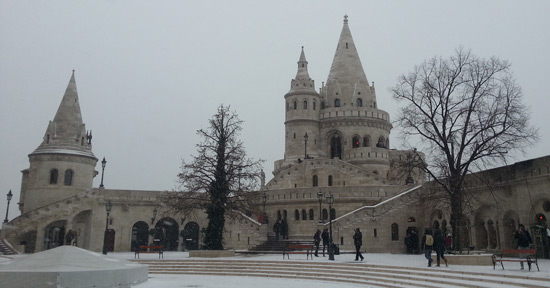 Fisherman’s Bastion – One of the interesting tourist attractions

St. Matthias Church, which is one of the oldest buildings in the city, is in Trinity Square in the Buda Castle area. But it got revised in the 19th century. Its final appearance is baroque architecture. In addition, when the Ottoman took Buda in the 16th century, the church began to be used as a mosque.

If you want to enter Matthias Church, you need to buy a ticket. The entrance fee is 1500 HUF. 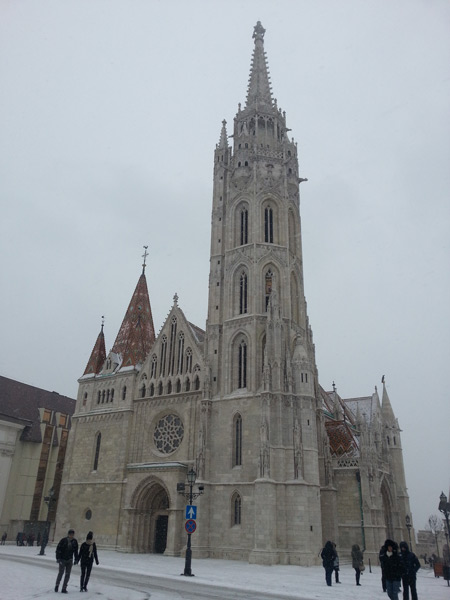 Matthias Church – Where to go in Budapest

St Stephen’s Basilica is one of the magnificent and historical buildings on the side of Pest. The Istvan Basilica is located in the very center of the city. It is one of the tallest buildings in the city with the Parliament Building with a height of 96 meters. It is also one of the biggest churches in Hungary. The construction, which started in 1851, could only be completed in the early 1900s for some reason.

I suggest you go to the basilica dome and watch the city view from here. That exquisite building deserves to be on the list of things to do in Budapest. 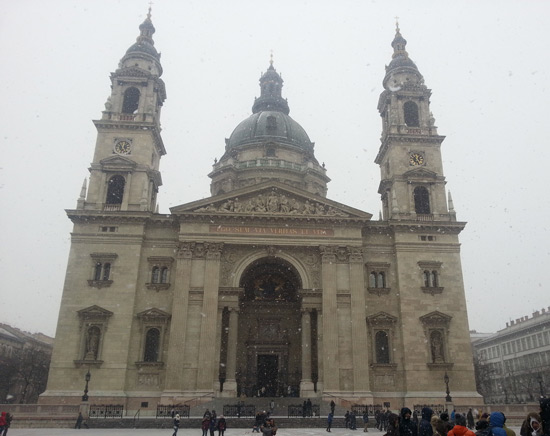 Heroes’ Square is one of the biggest squares in the city. The sculptures of the 7 Hungarian tribal leaders and the Millennium Monument are very important things in the square. In the middle of the statues of the 7 tribal leaders is the statue of Prince Arpad.

The Millennium Monument was built for the occasion of the 1000th anniversary of the Hungarian State. The project was completely finished in the early 1900s. This beautiful square is also on the UNESCO World Heritage List. So, it is the very most popular place in the city for tourists. 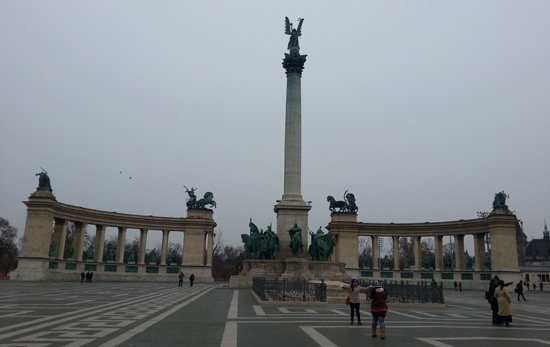 Andrassy Boulevard has a wonderful view of its history and architecture building. The boulevard is connecting Heroes’ Square (Hösök Tere) and Varosliget City Park to the city center. It is also on the UNESCO World Heritage List. Both pedestrians and vehicles can use this street. You can also visit some buildings such as the Terrorist House Museum and the Opera House during your stay here.

There are also many shops on Andrassy Ut. It’s like an outdoor shopping center. There are also quality cafes, restaurants, and comfortable accommodation.

Vajdahunyad Castle is in the Varosliget City Park and behind the Heroes’ Square. The castle attracts attention with its interesting architecture. They built this castle for 1000 years celebration. By the way, there is an exact copy of the castle in Romania. Its feature is that only wood and cardboard are used while building it. Since it attracts many tourists here, the government reconstructed and reopened it in 1908.

Now they use the castle as the world’s largest agricultural museum. Also, some activities such as renting a water bike at the pond, or sliding on an ice rink can be organized around the castle. Moreover, another interesting is around the Vajdahunyad Castle is the Anonymous Statue. It is one of the must-see places in Budapest. 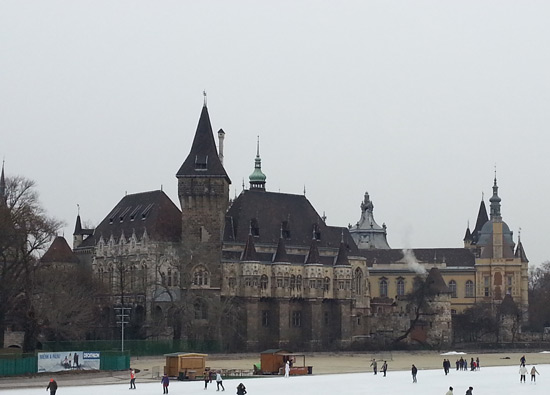 Vajdahunyad Castle – One of the tourist spots 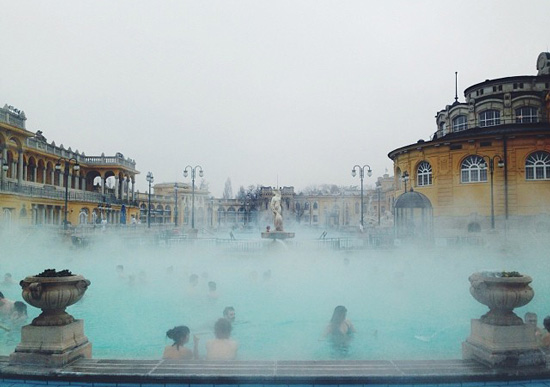 Dohany Street Synagogue is the largest synagogue in Europe and is the second-largest synagogue in the world. The construction of the synagogue was completed in 1859. This synagogue among the historical places of Budapest is a very holy place of worship for the Jews. Furthermore, if you are curious about Jewish history, there is a museum you can visit. The entrance fee is 4000 HUF. Furthermore, you can get more information from this site. 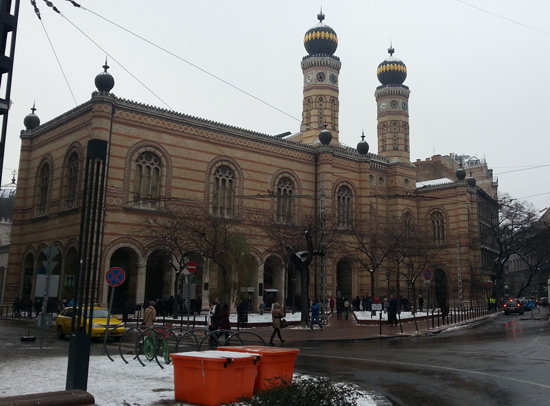 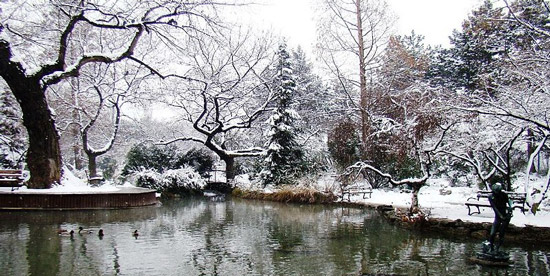 14- Shoes on the Danube Bank 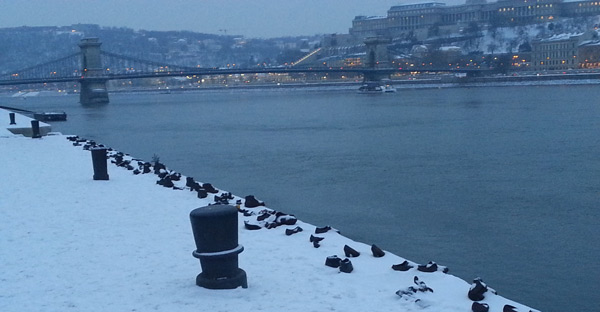 Budapest is also a very good city with many shopping centers. One of the famous place for shopping is Vaci Utca. You can find many good shops along the street. Aside from shopping, you can also take a walk on the street at night. The street is only for pedestrians. Another thing you can do here is to sit in cafes or restaurants. Moreover, you can drink and try local food.

If you can not decide where to stay in Budapest, Vaci Utca is a good option to find good hotels or hostels. You can check the hotel list and book it on the booking website. Moreover, there are many options for accommodation on the Airbnb website. 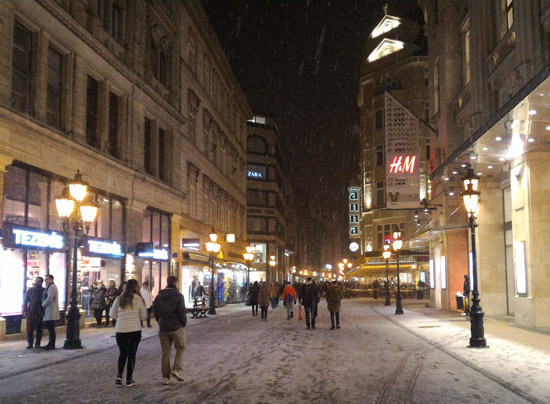 Vaci Utca – It is also good for shopping and accommodation 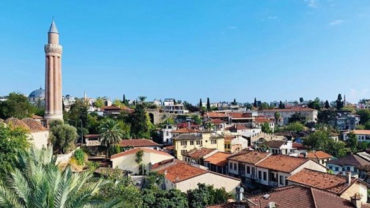