Things to Do in Budva – Best Tourist Spots

Where To Stay In Manila – Affordable Hotels & Best Accommodations

Best Things To Do In Budapest & Beautiful Tourist Attractions 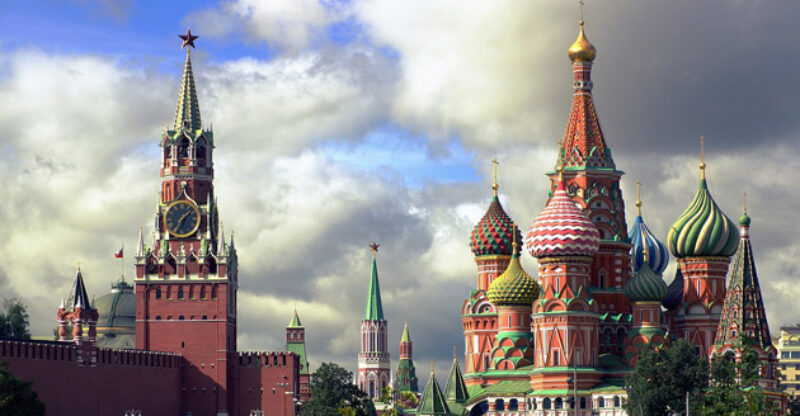 Moscow is an amazing city with its historical streets, magical cathedrals, lush green parks, museums full of priceless artifacts, stunning state buildings, and palaces. The city has a rich cultural heritage since it has been the capital of Russia since 1480. So it is a beautiful destination for history, architecture, or art enthusiasts. In this travel guide, I will tell you about the top places to visit in Moscow.

Top places to visit in Moscow, the capital city of Russia

Aside from beautiful tourist spots, Moscow has also vibrant nightlife. Moreover, depending on the season of your visit, you can take winter tours in the city.

Top Places to Visit in Moscow

Moscow is the second-largest city in Europe after Istanbul. It has one of the best metro systems in the world. The subways that run until 01:00 at night are very clean and safe. So you can visit all tourist spots by subway. On the other hand, each station from the Soviet era is a work of art in itself.

Although the must-see places of the city are listed as the Kremlin Palace, St. Basil’s Cathedral, Lenin’s Mausoleum at Red Square, The Pushkin State Museum of Fine Arts, Gorky’s House, Bolshoi Theater, Moscow has much more!

Book a hotel room in Moscow!

Like many travelers, you can write the iconic Red Square at the top of your list of places to visit in Moscow.

The square is 400 meters long and 150 meters wide. It has been the scene of death sentences, demonstrations, parades, and rallies since the 15th century. 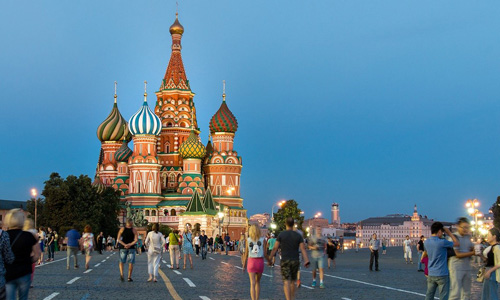 Red Square – The best things to do in Moscow

The square has been known by its present name since the 17th century. The original name of the square is ‘Krasnaya’ which was used in Old Russian to mean “beautiful” rather than “red”.

The dome roofs and colors in the square attract people here. It is like a painting. Especially, It gets more beautiful when it snows. In this alluring large square of Moscow, you can also visit Lenin’s Mausoleum, the founder of the Soviet Union.

When you reach the square, you can also see the Monument to Minin and Pozharsky. If you want to buy something, you can head to the GUM Mall. If you want, you can join Red Square and Kremlin Palace tour with a guide.

St. Basil’s Cathedral was built to commemorate the victory over the Mongols in 1552. The cathedral is one of the characteristic buildings that have become a worldwide symbol of both Moscow and Russia. It is distinctly distinguished from many other magnificent cathedrals in the city with its colorful domes, fairy-tale atmosphere, gaudy and colorful texture.

Although St. Basil’s Cathedral serves as a museum today, it was actually built as a religious complex consisting of the central chapel and eight small tower-shaped chapels lined up around it. Make sure that is on the top of your list of places to visit in Moscow. 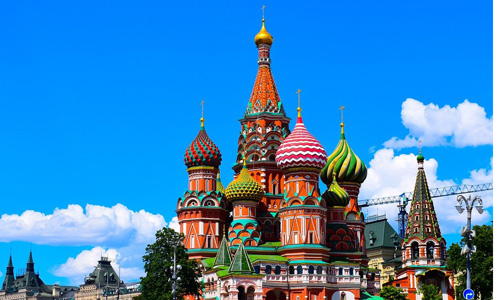 The Kremlin Palace is a structure that enchants visitors before they even enter the palace with its exterior, which carries the traces of Medieval Russian architecture and Byzantine architecture. Before the revolution, Russian tsars were residing at the Kremlin Palace.

It is like a huge castle with 20 towers with gold-leafed columns, wall embroidery, and spectacular decoration. Visiting Kremlin Place is one of the best things to do in Moscow.

You can also visit the Cathedral of the Archangel around here. It is between the Great Kremlin Palace and the Ivan the Great Bell Tower.

How to get to Kremlin Palace? You can ride a metro. The palace is so close to Biblioteka imeni Lenina metro station.

The Bolshoi Theater one of the largest stages in the world. Throughout history, it has witnessed world premieres of the most famous opera and ballet works. It has also hosted concerts of valuable musicians. So don’t leave Moscow without watching a fascinating performance in Bolshoi and get your tickets in advance. 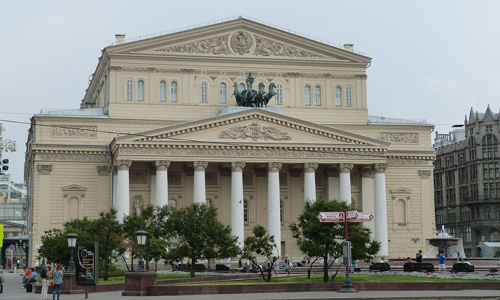 What to do in the city? Visit Bolshoi Theatre

If you are interested in fine arts, you can add the State Tretyakov Gallery to your list of places to visit in Moscow. Industrialist Pavel Tretyakov founded this museum in 1856.

In the first years, only the private collections of Tretyakov and his brother were exhibited at this place.  After the famous industrialist donated the museum to the city of Moscow in 1892, the number of works exhibited rapidly increased.

In Tretyakov Gallery, more than 1300 things are exhibited today. There are many special arts here because some arts date back to the 11th century. 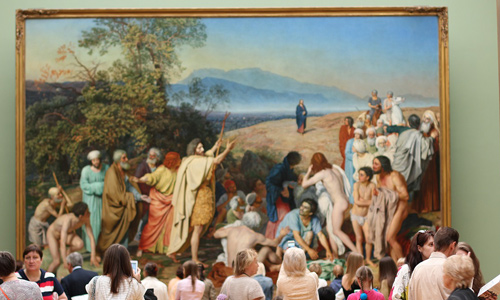 Designed by Konstantin Melkinov, the green area consists of two parts. The first part of the park gives both children and young people the opportunity to enjoy pleasant hours.

If you wish, you can spend your time in the amusement park or sports club in this section. Alternatively, you can do bungee jumping, ride a boat or horse and go for a stroll.

They set up an ice rink at the park in winter. Also, the other part of Gorky Park frequently hosts cultural events. 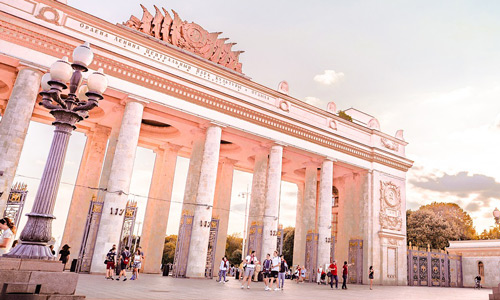 Gorky Park – Where to go in Russia

The Lenin Mausoleum is a pyramid-shaped structure built with gray, black, and red granite stones. The embalmed body of Lenin, who died in 1924, is located in the mausoleum in Red Square since 1924. There are also mausoleums of prominent Russian thinkers, artists, scientists, and statesmen such as Stalin and Maxim Gorky on Red Square.

Check my other post: Best Things to do in Budapest.

Located in the northeast of the city center, the Museum of Cosmonautics aims to introduce Russia’s activities related to space exploration to the public.

It was decided by the Soviet government to establish the museum in 1967. The facility was opened in 1981 to commemorate the 20th anniversary of the first manned flight to outer space.

On April 10, 1981 (just 2 days before Yuri’s Night and Cosmonautics Day), the opening ceremony was held for the 20th anniversary of Yuri Gagarin’s ascent into space. Approximately 300 thousand visitors visit this museum every year. 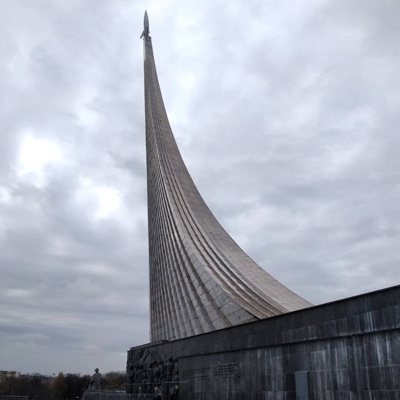 Museum of Cosmonautics – Beautiful Places to Visit in Moscow

Moscow Metro is considered one of the most beautiful subways in the world. It is like a tourist destination in the city. It’s known for its dizzying long stairs, statues of heroes, paintings, and glittering decorations.

Moscow Metro was used as a shelter in the Second World War as well as a place where the art of the period was displayed in the Soviet period. Do not return without seeing the stations of Mayakovskaya, Novoslobodskaya, Kievskaya, Ploshad Revolutsii (Revolution Square), Komsoloskaya, and Belarusskaya, which were built in 1935 and are still under development even today. 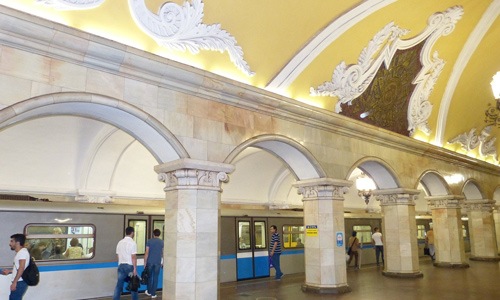 Moscow Metro – Things to do in Russia

10- Cathedral of Christ the Saviour

One of the best things to do in Moscow is visiting the Cathedral of Christ the Savior. It is the longest Orthodox church in the world. The structure was completed in 1997, which was the 850th birthday of Moscow.

The Cathedral of Christ the Savior is a beautiful structure with its white façade and gold leaf domes. But the cathedral was bombed and heavily damaged in 1931 due to war. The gold-domed cathedral, which was rebuilt after the war, is located in the Kropotkinskaya region. 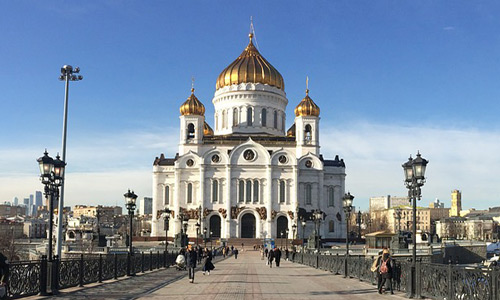 Cathedral of Christ the Saviour – Tourist spots in the city

The building of the GUM Shopping Center, located on the east side of Red Square, opposite Lenin’s Mausoleum, was put into service in 1893.

Between 1928-1953, the shopping center had to suspend its activities because of Stalin’s order. During this period, the building was allocated to government officials who continued to work within the first five-year plan.

If you think about what to buy in Moscow, you should visit the GUM shopping mall.

Pushkin Museum is one of the largest museums in Moscow. The famous architect Roman Klein designed this building in 1912.

The former name of the museum was the Fine Arts and Antiques Cabinet. But it has named its current name since 1937. The museum’s collection’s content consisted of only copies of ancient sculptures in the first years of its opening. But after Moscow became the capital city, it enriched.

If you are interested in the fine arts and the life of Pushkin, after completing your visit to this museum, you can see also his home on Old Arbat Street. 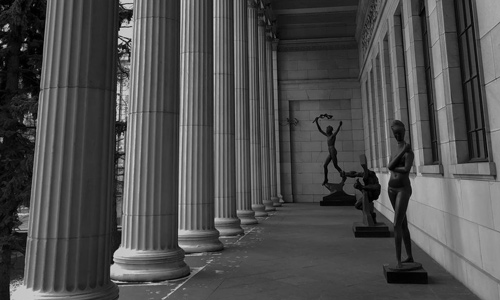 Old Arbat Street is one of the most touristic streets of Moscow. There are souvenir stalls, shops, restaurants, and cafes on the street. You can also see many street artists while walking here.

Apart from eating and drinking and shopping venues, there are many historical buildings worth seeing on Old Arbat Street.

You can also visit the House of Knights, Pushkin Museum, and the Ministry of Foreign Affairs because those buildings have very nice architecture. By the way, you should not miss the Viktor Tsoi Memorial Wall and the Bulat Okudzhava Monument. 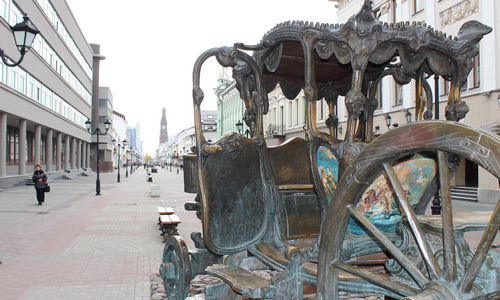 When you want to watch the magnificent view of the city and take many photos, you definitely should go to the Sparrow Hills. If you read Russian novels or poets, probably you heard something about Sparrow Hills.

The hills host Moscow State University and Trinity Church. If you go to the observation platform here, you can see the Lujnizki Stadium and the Novodevichy Monastery right next to it.

Check my another article about Places to Visit in Krakow

Ostankino Television Tower is one of the beautiful places to visit in Moscow. You can enjoy while watching the amazing city view from the tower.

Its height is 540 meters. It was built in 1967 to deliver television and radio broadcasts to large masses. The tower is higher than the Empire State, so that means Ostankino Tower was the world’s tallest freestanding structure before. Today, the rank of the tower is fourth on the same list.

The observation deck of Ostankino TV Tower awaits its visitors at an altitude of 337 meters above the ground. If you want to enjoy the 360° panoramic view, you can get on the elevator and reach the deck in less than a minute. You can also eat or drink at the restaurant here.

Ostankino TV Tower – Things to do in Moscow, Russia 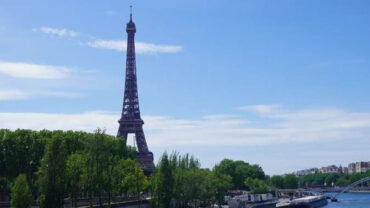