Things to Do in Boracay – Best Tourist Spots

Things to Do in Santorini & Best Beaches 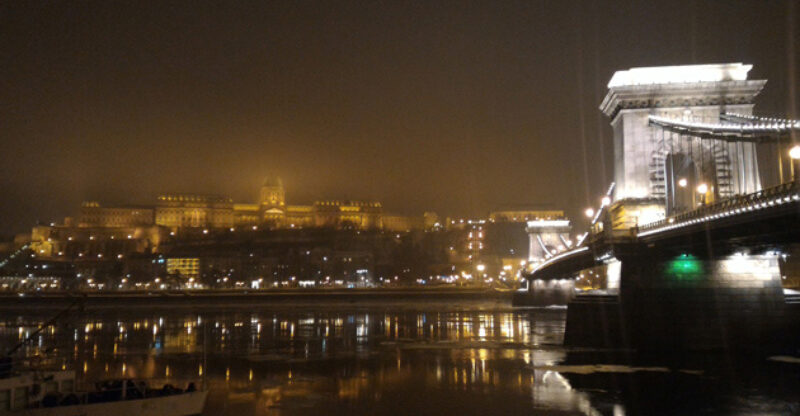 Places to visit in Hungary are one of the most popular tourist attractions in Central Europe. It is a fascinating country with its deep-rooted history, natural beauties, buildings with baroque and gothic architectural textures, bridges, cities, streets, and people. Especially Budapest, the capital of Hungary, is one of the first cities among tourist places. People call Budapest ‘the Paris of the East and ‘the Pearl of the Danube’. 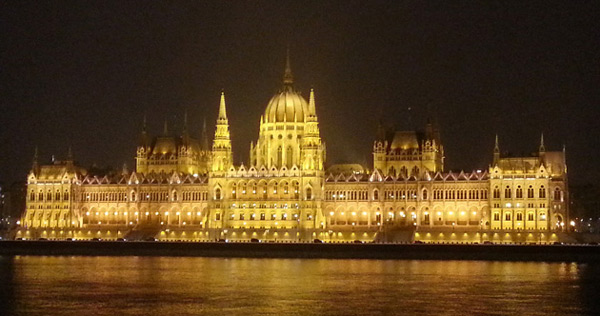 Hungarian Parliament Building – Things to do in Budapest

Hungary is one of the easiest destinations to go to in terms of transportation. You can go to this heavenly country with a large number of flights from most countries. It is also one of the first stops of most travelers traveling by bus to Europe or Interrail. So where to go, and where are the beautiful cities in Hungary?

Places To Visit in Hungary

Hungary is one of the countries where the Danube River gives life. The country has many historical and natural beauties, which are also on the UNESCO World Heritage List. Especially, Budapest is the most visited city in the country. Because Buda Castle and the Parliament Building have one of the most magnificent views in the world. Those who already travel around Europe by bus or train should not pass without the Vienna Prague Budapest tour together.

The Hungarian capital, Budapest, is one of the most beautiful cities in Central Europe with its historical texture and unique city architecture. Chain Bridge on the Danube River (Danube), thermal baths and spas, islands, and historical places are among the destinations to visit. Those who plan a European trip by bus or train should not pass without seeing places such as Vienna, Prague, and Budapest. 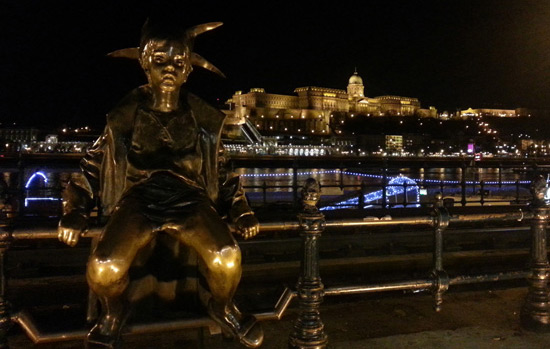 The beautiful places to visit in Budapest:

For Hungary nightlife, Budapest is the number 1 city. The nights are very lively and colorful. The ruin bars in the city should definitely be visited. If you want to stay here, click for hotel recommendations in Budapest. 3 days are enough to stay here. Also, if you are wondering what to do in Budapest, I would like to take a look at the activities on this link.

Heviz Lake is the largest thermal lake in the world. The lake is in the province of Zala in the southwest of the country and also is very close to Lake Balaton. The water of the lake is constantly renewed due to the strong flow.

You can swim in Lake Heviz for all seasons. It is perfect for those who are looking for healing water or hot springs. If you plan to do health tourism, Lake Heviz deserves to be on the list of places to visit in Hungary.

Click for the hotels in Heviz Town. You may also want to see Lake Balaton. Because it is the largest lake in Central Europe, while you’re ready.

Esztergom is located on the northern border of the country and also is the neighbor of Slovakia. It is the first religious and administrative center of the Hungarian Kingdom. 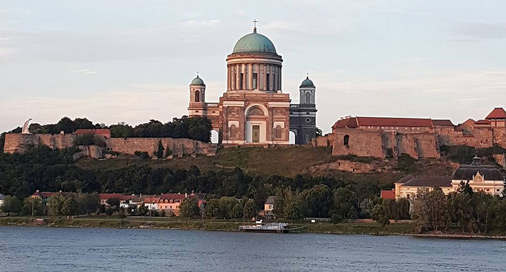 Where is Esztergom and how to get from Budapest? Transportation is very easy by trains or buses departing from Budapest frequently. But it takes around 1 hour.

There is a beautiful view of the Danube River from the Basilica. If you want to stay in this city, you book a place via booking. One night stay in Esztergom, one of the most beautiful Hungarian cities, is enough. Also, you can even come with a daily tour.

While you are ready to go to Budapest, you should definitely stop by Szendentre Town. It is an old Serbian town. We can say that Serbs are still the majority in the town. It is also famous for its Serbian Orthodox churches.

This place is also known as the ‘Artists Town’. A daily trip is enough for the town of Szentendre. It is among the tourist attractions of Hungary and on the banks of the Danube River. If you ask how to get from Budapest to Szentendre, you can reach by train and bus. Therefore you don’t need to stay here. 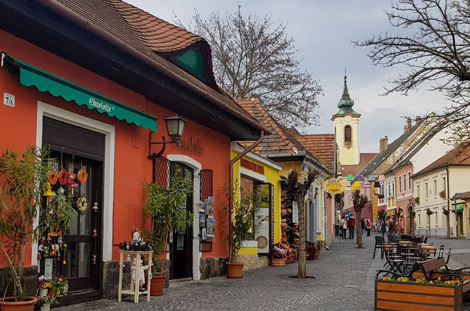 Szentendre – It is also known as Artists Town.

Another Hungarian town that deserves to be on the list of places to visit in Hungary is Visegrad. If you set out to see Esztergom and Szentendre, I suggest you also see this beautiful town with the Danube River. This historic city is famous with its Visegrad Castle. It is also was strategically invaluable for its location in time. Especially in 1200 and 1300s.

6- Szeged – Places to Visit in Hungary

Szeged is among the most livable cities in Europe. It is also like a student city. Because many university students from other countries go to Szeged with the Erasmus student exchange program. And they stay here for 6 months or 1 year. The high number of students triggers the nightlife to be more active. So Szeged is a good place for Erasmus students. 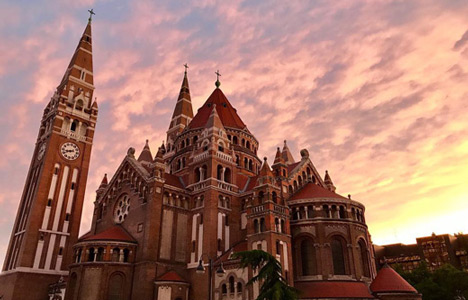 Szeged is the third-largest city in the country. Moreover, it is a nice city with a high level of history and civilization. The most popular places to visit in Szeged are the cathedral and university.

Szeged is located close to the border with Serbia. If you want to stay here, click for the hotel list. I think staying for 1 day is enough.

7- Eger – Places to Visit in Hungary

Eger, a city of Baroque architecture, is also famous for its thermal springs. In Eger attracts attention with its history and completely different culture. Also, it is possible to see some historical buildings from the Ottoman period.

It is also known as the ‘wine capital‘ of Hungary. It is famous for its wine cellars. If you are on a Central Europe tour and you have time, you should stop by here and drink some wine. It is possible to reach this city, which is located in the northeast of the country, from Budapest. So where are the beautiful places to visit in Eger, Hungary: 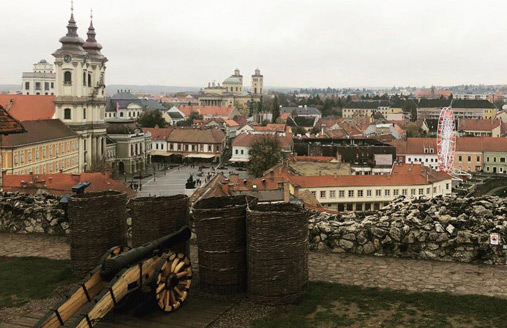 8- Pecs – Places to Visit in Hungary

Pecs was one of the European Capitals of Culture in 2010, together with Istanbul and Essen. This tranquil city is 3 hours away from the Hungarian capital Budapest by train. It is close to the Croatian border.

You should see the historical texture and beautiful architecture in the city. It is a very peaceful place. You can stay at least 1 day in this city. So check the hotel list. 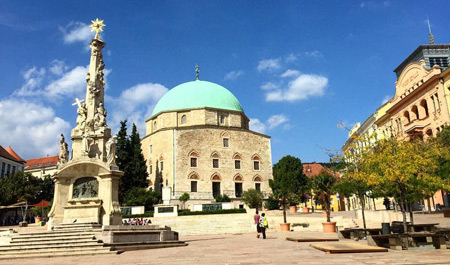 Things to do in Pecs – Mosque of Pasha Qasim

Another feature of this city is that Hungary’s oldest university was established here. In other words, it was like a training center of the country at that time. So what are the tourist places to visit in Pecs, Hungary?

Debrecen is a beautiful Hungarian city that still retains the texture of medieval Europe today. It is the second-largest city in the country after Budapest. Also, people call Debrecen students city. Founded in the 1500s, Debrecen University is one of the most important and established universities in the country. It is among the top 500 universities in the world with its quality education. 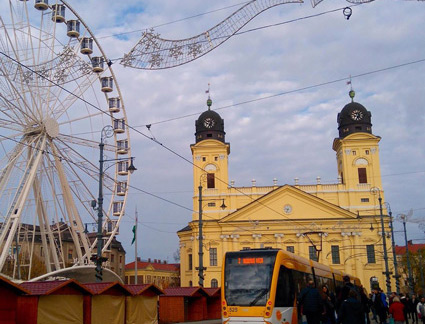 Places to visit in Hungary – Moreover, things to do in Debrecen – Kossuth Ter

Where to stay in Debrecen? What are the best things to do and where are the places to visit in Debrecen, Hungary?

if you are looking for cheap ski resorts in Europe, you should go to Hungary. Because it is cheaper and less crowded than the Alps. So what are the best and popular ski resorts on the list of places to visit in Hungary? 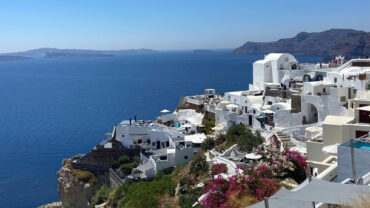