Places to Visit in the Philippines – Beautiful Destinations 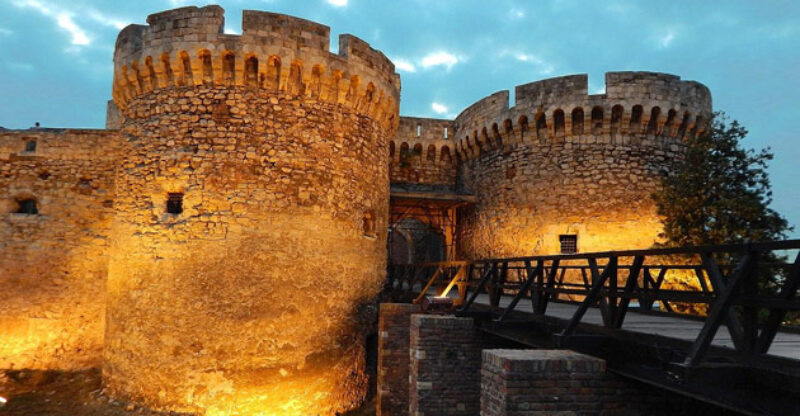 Places to visit in Serbia offer its visitors a great holiday. There are many beautiful destinations to see, especially historical places and nature. In particular, destinations such as the Serbian capital Belgrade, Novi Sad, and Nis must be seen. In addition to its historical and natural beauties, Serbian nightlife is one of the things that make this beautiful country very special. So if you want to travel to Serbia, I suggest you read this travel guide. 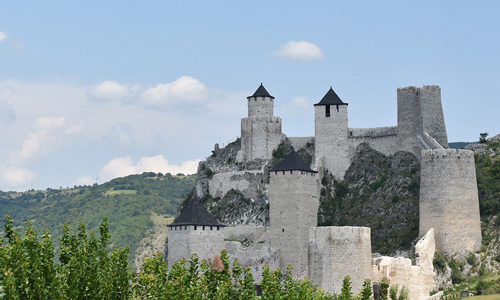 Among the visa-free Balkan countries, Serbia was also an important part of the Former Yugoslavia. The history of the country dates back to ancient times as well. While traveling here you will experience their unique culture.

Places to Visit in Serbia

Where to see in Serbia? At the top of the list is Belgrade of course, the capital of Serbia. With its unique history, architectural structures, and crazy nightlife, Belgrade is one of the most visited cities by backpackers.

Places such as Novi Sad, Nis, and Kopaonik National Park are among the other top destinations for those who will visit the Balkans by bus or car. But there are really many destinations to see in this country.

Let’s talk briefly about the history of this country. The Serbians, who left the Ottoman Empire with the 1878 Treaty of Berlin, established the Kingdom of Serbia in 1882. They became part of Yugoslavia in 1918. However, during the disintegration of the Socialist Federal Republic of Yugoslavia, they separated in 1992 under the name Serbia and Montenegro. After Montenegro declared its independence in 2006 and left, it became the Republic of Serbia.

1- Belgrade – Places to Visit in the Capital of Serbia

Belgrade, the capital of Serbia, is the most popular city in the country in terms of places to visit. Because it is a very historic city.

Belgrade, which means ‘White City’ in the English language, has a unique cultural heritage. It is one of the most beautiful cities in Europe with its churches, historical streets, museums and castle. Belgrade, at the confluence of the Sava and Danube Rivers, also satisfies the tourists who come here with its nightlife. 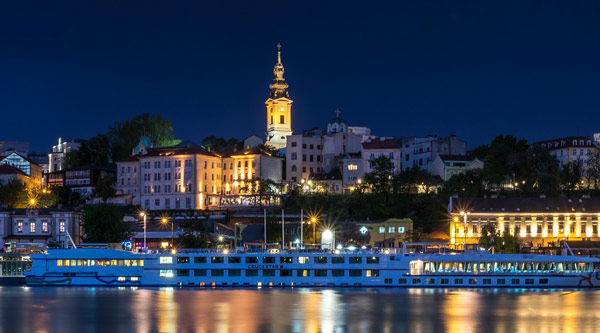 What are the places to visit in Belgrade, the capital of Serbia?

Where to stay in Belgrade? Check this comfortable hotel list in Belgrade.

Novi Sad, located near the Danube, is an architecturally spectacular city. Austrian architects designed the city. Because the city was once ruled by Austria-Hungary.

Although it is one of the largest cities in the country, you can explore the must-see spots on foot in 1 day. It is also a very quiet residential area. However, Novi Sad nightlife is very vibrant. Of course, Belgrade nightlife is better though. 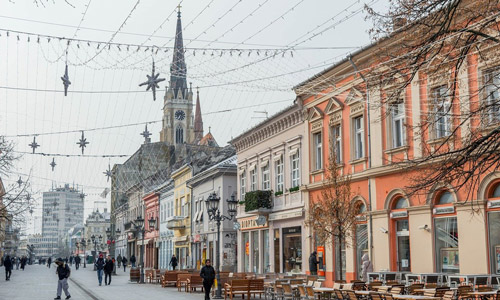 Novi Sad – Where to go in the Balkans

How to get to Novi Sad from Belgrade? It is 93 kilometers away from Belgrade. There are trains and buses between the two cities every day. You can also join tours to explore Novi Sad. You can come for the day or spend the night in cheap Novi Sad hotels.

Nis is the third-largest city in Serbia. One of the most important features of the city in terms of history is that it is the birthplace of the Byzantine Emperor Constantine the Great, the founder of Istanbul, the capital city of the Byzantines. 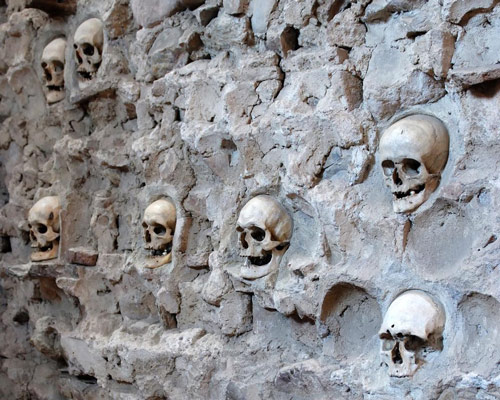 If you ask how many days to stay, 1 day will be enough. You can stay at affordable Nis hotels by making online reservations.

4- Subotica – Places to Visit in Serbia

It’s like Subotica is actually more of a Hungarian city than a Serbian city. Because it was under the Austro-Hungarian Empire for a long time. In addition, the city is located very close to the Hungarian border. Due to its location on the trade route, the city became more important over time.

The city of Subotica, where Hungarian people also live, draws attention with its multicultural structure. It is possible to see structures such as churches and synagogues in close proximity to each other. In fact, the synagogue here is the second largest synagogue in Europe after Dohany Street Synagogue. 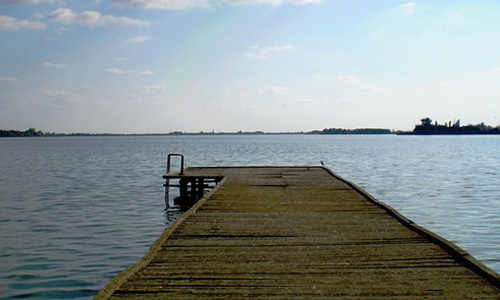 Where to visit in Subotica, one of the best places to visit in Serbia? Subotica Synagogue, City Hall (Gradska Kuca), St. Theresa of Avila Cathedral, Orthodox Church of the Ascension of Our Lord, Modern Art Gallery, Buvljak Flea Market, Palic Lake.

If you ask how many days to stay in Subotica, I think there is no need to stay. But if you want to experience the nightlife, you can stay for 1 night. If you are considering accommodation, Subotica hotels are at this link.

The most important historical feature of Novi Pazar is that it is the center of the Sanjak Region. Compared to other Serbian cities, the Muslim population is higher here. Because this city is the last sanjak of the Ottoman Empire on the European continent. 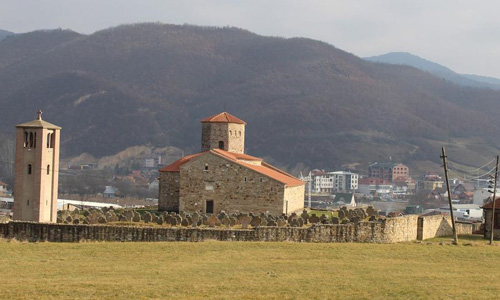 Stari Ras and Sopocani – How to get to Novi Pazar

The people of Novi Pazar are very hospitable and friendly. In the city, which has a small bazaar, you can see mosques and some structures from the Ottoman Empire.

I recommend you to stop by ‘Stari Ras and Sopocani’, which is on the UNESCO World Heritage List, while you are visiting Novi Pazar. If you want to stay here, check the list of affordable hotels and hostels on the booking website.

Djavolja Varos is similar to Cappadocia in Turkey with its appearance. Already, this place is called Cappadocia of Serbia or the Balkans.

It consists of about 200 rock formations resembling fairy chimneys. The height of the tower-shaped rocks varies between 2 and 15 meters. 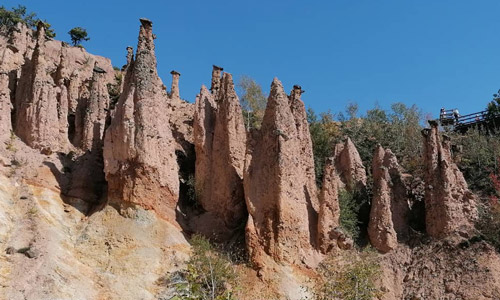 Djavolja Varos means Devil’s Town in English. It offers a magnificent view to its visitors. It is a place that draws people’s attention with its unique geological structure of the rocks. But I expected it to be even more popular. Because it is an Instagrammable place for me.

If you ask where is Serbia Djavolja Varos, I will give you some brief information. Located close to the Kosovo border, Djavolja Varos is 88 kilometers from the city of Nis.

Kopaonik is the highest mountain in Serbia. It was turned into a national park in 1981. The hilly park offers its visitors a beautiful view in all seasons. 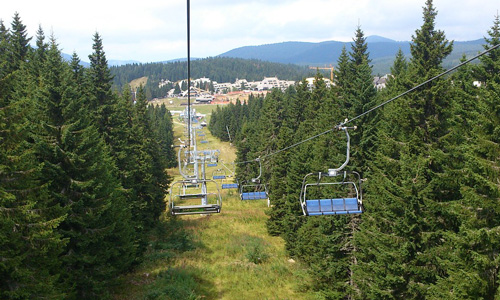 If you come here in winter, you can find the opportunity to ski. It is one of the good ski resorts in Europe, the Balkan, and Serbia. The facilities are really good. The snow season starts in November and continues until May.

In summer, it is the first choice of those who want to take a nature walk. Because you will experiences beautiful and various flora and fauna. The mountain is also known for its mineral wealth such as gold, silver, iron, and zinc which were mined here in the past. Besides, you can observe waterfalls, hot springs, and different rock formations in Kopaonik National Park.

Kragujevac is the country’s fourth-largest city. The city, with a population of around 180,000, is located 113 kilometers from the Serbian capital, Belgrade. 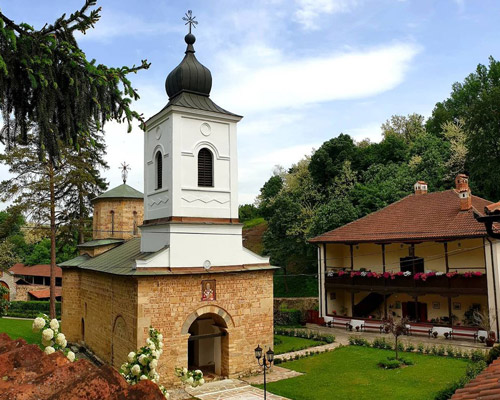 The city is near the Lepenica River. It has natural beauty. Also, you can experience Serbia culture here. So Kragujevac should be on the list of places to visit in Serbia. You can visit tourist destinations such as the Draca Monastery, Šumarice Memorial Park, and the National Museum in Kragujevac.

Kragujevac nightlife is not as much as in Belgrade, but there are places where you can have fun. If you want to stay here, you can check the prices from the hotel list.

Kraljevo is one of the economic centers of the country. But it has also good nature to discover. The city hosts the Ibar and Moraca Rivers, which draw attention with its natural beauties.

In fact, although there are not many places to see, it contains an important religious structure such as the Zica Monastery. It is very historic monastery. Because in the Middle Ages, the coronation ceremony of the rulers was held here.

You will like its small green hills, fairy-tale wooden houses, and simple village life. The atmosphere is so peaceful here. Because it is not that popular so far. Maybe it will become more popular over time. Who knows… 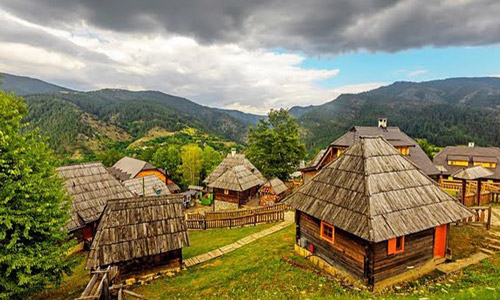 Where is Mokra Gora in Serbia? It is located near the Tara Mountain National Park. And Mokra Gora is also not far from the Bosnia and Herzegovina border gate.

While traveling around the Balkans, you should read those articles: 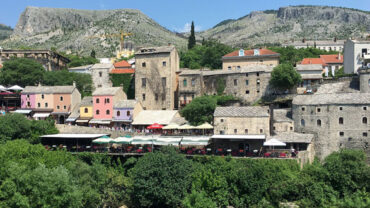